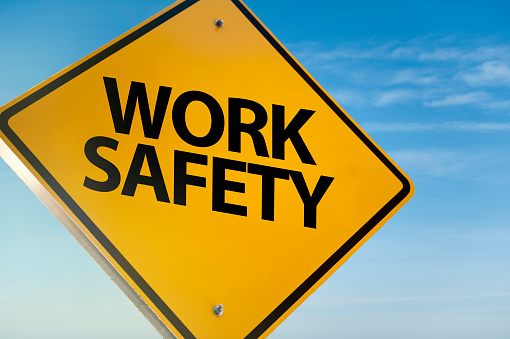 Many companies in Mississippi and throughout the United States operate large warehouses to store their products. There are many risks to workers’ health and safety in these facilities, through heavy lifting, the operation of forklifts and machinery, exposure to hazardous materials, and even the threat of severe weather.

Companies have a responsibility to take appropriate steps to help keep workers safe. The deadly collapse of an Amazon warehouse during a tornado has many questioning whether the company met that responsibility.

At approximately 8:28 p.m. on December 10, 2021, a tornado with wind speeds of 150 mph touched down in Edwardsville, Illinois, reportedly in the parking lot of an Amazon warehouse. It then struck the 1.1 million-square-foot facility directly.

Fire Chief James Whiteford later told reporters that the walls on both sides of the facility – which were 40 feet tall and made of 11-inch-thick concrete – collapsed inward, and the roof caved in.

Six workers were killed in the incident and one injured. Many of the victims were delivery drivers who had just pulled into the facility right before the storm hit and were trying to find shelter in a bathroom.

The building collapse and the response to tornado warnings have raised questions about Amazon’s workplace safety measures.

John Felton, Amazon’s senior vice president of global delivery services, noted a “tremendous effort” to keep everyone at the facility safe and said there was no indication that safety procedures weren’t followed.

The Occupational Safety and Health Administration (OSHA) is currently investigating whether Amazon violated any warehouse safety or health regulations, thereby putting workers at risk. OSHA spokesperson Scott Allen said the agency has six months to investigate and would then issue citations and propose fines for any violations found.

On December 20, 23 lawmakers wrote a letter to Amazon CEO Andy Jassy and company founder Jeff Bezos. They requested more information and expressed concern that the company’s “anti-worker” policies were a factor in the deaths.

“We have heard alarming reports about the events that took place in the warehouse moments prior to the tragedy, and these reports fit a larger pattern: Amazon puts worker safety at risk in everyday situations and emergencies alike,” they said.

The letter noted that the building collapse raised “questions about whether the facility met appropriate building standards.” It also brought up a concern that activity on the company’s internal message board – or lack of activity – “revealed a communication breakdown in which corporate failed to notify employees about the tornado even as it happened.”

A History of Workplace Injuries

Amazon spokesperson Kelly Nantel said the company is supporting the OHSA investigation and assisting with recovery and local relief efforts in Edwardsville. Nantel said the building construction was consistent with code, but that the company was committed to learning more about what happened.

“There’s always going to be tremendous learnings from any type of catastrophic event like this and we want to make sure our policies, our practices are consistent with any learnings that we have from this event and with all best practices,” she said.

It’s not the first time that Amazon’s commitment to worker safety has been questioned. The company has often been criticized for its safety record. An analysis released last year found that Amazon had a warehouse worker injury rate that was significantly higher than that of its competitors.

Workers who are injured on the job in Mississippi are entitled to workers’ compensation benefits that cover medical expenses and partial lost wages. But employers and insurance carriers challenge claims for benefits, and many initial claims are denied.

The experienced workers’ compensation attorneys at Tabor Law Firm, P.A. fight for the rights of injured workers. If you’ve been hurt in a workplace accident in Ridgeland, Jackson, or anywhere in Mississippi, contact us to schedule a free consultation.