Home > Blog > Too many U.S. workers are being exposed to dangerous secondhand tobacco smoke on the job, according to a new study

Too many U.S. workers are being exposed to dangerous secondhand tobacco smoke on the job, according to a new study 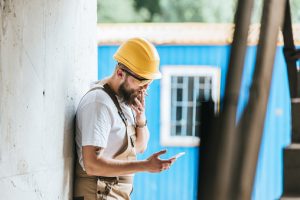 Nearly one in five workers in the United States is exposed to secondhand tobacco smoke on the job, according to a study by the Centers for Disease Control and Prevention.

Information about secondhand smoke exposure on the job was pulled from a broader study, the 2015 National Health Interview Survey Occupational Health Supplement.

That survey was done to determine the prevalence of self-reported workplace exposures, which, in addition to secondhand smoke, include frequent lifting, pushing, pulling or bending and frequent standing or walking.

Dangers of secondhand smoke on the job

Secondhand tobacco smoke exposure contributes to ill health and disease, including heart disease, lung cancer, and stroke, according to the Centers for Disease Control and Prevention’s Morbidity and Mortality Weekly Report.

Cigarette smoking has declined among U.S. workers and the establishment of smoke-free laws has helped but workplace exposure to secondhand smoke remains high, particularly among workers in certain industries, such as construction.

Nonsmoking workers who live in states with comprehensive smoke-free laws in all three of the categories of work venues that were studied — private worksites, bars, and restaurants — were least likely to report frequent secondhand smoke exposure on the job.

Mississippi is among states that the Centers for Disease Control and Prevention said have lighter smoking laws than other states. That means smoking is allowed in these states in designated areas or areas with separate ventilation.

Examples of the states that require that private worksites, bars, and restaurants to all be 100 percent smoke-free include Arizona, Colorado, Delaware, Maine, Maryland, Massachusetts, New York, North Dakota, Ohio, Oregon and Wisconsin.

Other findings from the study about secondhand smoke exposure on the job, specifically regarding the construction industry, include the following:

“Workplace tobacco control strategies could reduce tobacco use among this population,” the study said.

Contact Tabor Law Firm Of Mississippi today for help with cases about secondhand smoke exposure on the job and for help with workers’ compensation and on-the-job injuries.