Try These Tips to Prevent Ladder Injuries at Work 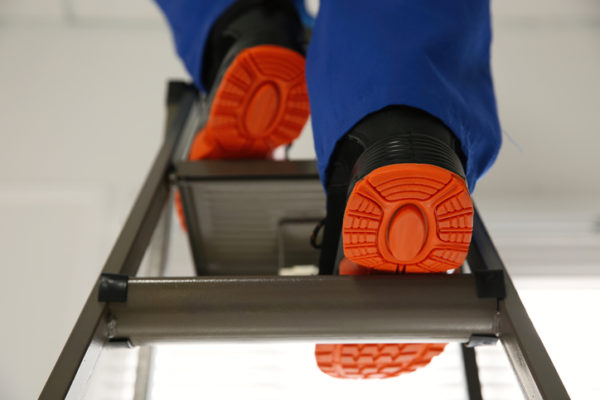 One of the most common construction site and work zone tools is a ladder. They're also among the riskiest equipment workers handle.

In fact, falls and other ladder-related accidents make OSHA's top 10 "most frequently cited standards" list year after year. Mississippi has experienced several deaths involving ladders over the last five years or so. The two most recent incidents were the result of construction accidents.

The ladder has been around for at least 10,000 years, but the threat of slipping off rungs, or having the ladder bumped or footing slide is still present.

That's why March is Ladder Safety Month. Advocates hope that by raising awareness of best practices and standards, workers will be less at risk for serious injury or fatal ladder accidents.

There are many reasons someone may fall off or become injured by a ladder, according to the American Ladder Institute. Factors typically include haste, sudden movement, lack of attention, the condition of the ladder (worn out or damaged), the user's age or physical condition, and/or the user's footwear.

In Mississippi, private business worksite ladder standards are overseen by the Occupational Safety and Health Administration (OSHA). Whenever a serious work accident causing injury or death is reported, OSHA investigates.

Recent fatal Mississippi ladder accidents happened in 2018 and 2019, according to inspector reports.

In one instance, an electrician died while installing a light fixture in Columbia. He was standing on a ladder and stripping wires when he received an electric shock and fell six feet to the ground.

One year prior, in 2018, a metal worker died in Utica while installing a waveguide ladder on a cellphone tower. According to OSHA, the man did not ensure an adequate number of friction clamps were installed before releasing the ladder from the crane. He fell 280 feet with the ladder still attached.

To help prevent and reduce the risk of ladder accidents, OSHA and the American Ladder Institute are sharing the best safety standards for selecting, using, and maintaining ladders. Here are some of their top tips:

When Mississippi workers are seriously injured on the job, they have the right to apply for workers' compensation benefits. Just because this help is available, though, doesn't mean benefits are easy to get. Some injured workers can also take action against a negligent third party, such as a subcontractor, to recover money for losses not covered by workers' compensation. A good lawyer can figure out how to get you the most for your injuries by identifying all potential sources of compensation. That's why it's critical that you know and understand all your legal options.

For years, injured Mississippi workers have turned to Tabor Law Firm, P.A. to help them get the compensation they deserve. If you were injured or a loved one died in a Mississippi work accident, contact us today for a free consultation. Serving clients statewide, we have offices in Jackson and Ridgeland.