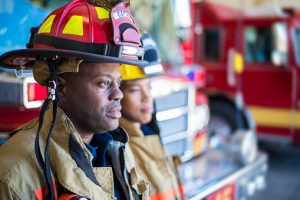 Every year, millions of Americans develop symptoms of post-traumatic stress disorder (PTSD), and many of those cases are caused by work-related trauma. If you have been diagnosed with work-related PTSD in Mississippi, it’s important to understand your legal rights. The laws surrounding PTSD in workers’ compensation claims are complex and often favorable to the employer. But in many cases, workers who suffer from PTSD can access workers’ compensation benefits.

Post-traumatic stress disorder, as defined by the National Institute of Mental Health, is “a disorder that develops in some people who have experienced a shocking, scary, or dangerous event” such as abuse, assault, an accident, or unexpected death or harm to a loved one. Common symptoms of PTSD include flashbacks, nightmares, avoidance of thoughts and places related to the traumatic event, insomnia, angry outbursts, distorted feelings, anxiety and cognitive symptoms.

Any worker can experience trauma on the job, but certain jobs put workers at particularly high risk of developing PTSD. Some common situations that can lead to PTSD include:

Mississippi’s workers’ compensation system pays for medical expenses and wage loss benefits for workers who are injured in the course and scope of their employment. However, because PTSD is a mental injury, it is subject to more stringent requirements to determine whether it is compensable.

PTSD that stems from a physical injury sustained on the job is usually compensable in Mississippi. For example, suppose a worker sustains broken bones in a car accident while on the job and also develops PTSD as a result of the accident. This worker is most likely eligible for workers’ compensation benefits for the PTSD as well as the physical injury. If the worker needs to take time off from work or take on a “light duty” position due to the PTSD even after the broken bones have healed, wage loss benefits would continue to pay for the work hours lost to PTSD, subject to the normal statutory limitations.

Where things get trickier is when a worker develops PTSD without sustaining a physical injury. PTSD may be caused by witnessing an injury to someone else, by workplace harassment and discrimination that does not escalate to the level of physical violence, or by secondary trauma. In Mississippi, these injuries are sometimes compensable, but there is a stronger burden of proof on the claimant. Specifically, the claimant must prove, by clear and convincing evidence, that PTSD resulted from “more than the ordinary incidents of employment” and that an “untoward event or unusual occurrence” contributed to the PTSD. In other words, the traumatic event that caused the worker to develop PTSD needs to have been significantly more severe than, or otherwise distinct from, the types of events the worker could typically expect to encounter on the job.

Depending on the nature of the injured worker’s job, this can be a difficult bar to clear. For example, if a police officer develops PTSD after intervening in a violent altercation, the employer could reasonably argue that this is an ordinary incident of employment as a police officer and thus the PTSD is not compensable. However, the police officer could also reasonably argue, depending on the circumstances, that the incident in question was indeed “more than the ordinary incidents of employment” and thus compensable. These are factually intensive cases where an experienced attorney can make a significant difference.

What to do if you’ve suffered PTSD on the job

Mental injuries are a complex and easily disputed area of workers’ compensation law, particularly if you sustained trauma over a period of time rather than in a single incident. The best way to pursue the compensation you need and deserve for such an injury is to contact an experienced Mississippi workers’ compensation attorney as soon as possible.