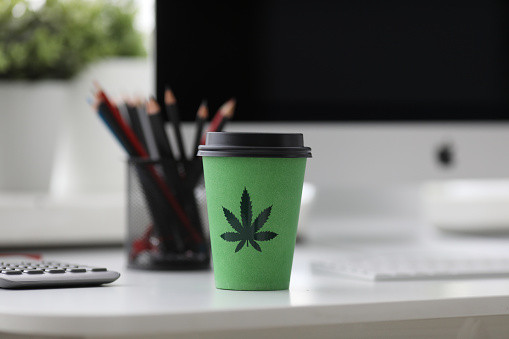 Even as more people stayed home during the pandemic, the number of workers who tested positive for marijuana went higher.

If more people are showing up high or with a weed hangover to work, that increases the risk of workplace accidents. This goes for workers in Mississippi too, even though our state does not have a legal medical or recreational marijuana program.

A higher risk of injury should be cause for concern and addressed by employers. Unfortunately, some of them are choosing to ignore the problem.

Marijuana increases the risk of injury at work

Employees are typically drug tested in three situations: before they're hired, through a random testing program, or after an incident in which the worker is suspected of being impaired or intoxicated.

Some companies are skipping the pre-employment drug test for marijuana while others are not considering results for this drug in their hiring decisions. According to companies interviewed by The Wall Street Journal, the thinking behind this decision is they won't lose top talent just because a person smokes weed on the weekends.

If marijuana use was restricted to the weekends, this might be a fine theory.

But the people who would show up to work impaired are not usually the responsible types who only use on their days off. By not testing, companies are giving occasional marijuana users and daily smokers the same pass.

Among the reasons for this broad approach to marijuana testing is the lack of a decent marijuana-use detection device. Most marijuana tests can tell if someone used it in the last two months or so. That means someone who last smoked a month ago and the guy who got high at lunch may produce the same results.

Studies have shown how marijuana can lead to more accidents, not just for the user, but for co-workers.

The National Institute for Drug Abuse has found a wide difference in the workplace risks posed by employees impaired by marijuana and their sober colleagues.

Compared to workers whose results were negative, employees who tested positive for marijuana had:

These risks led to poor outcomes at work, the study said, including:

An uncertain future for marijuana in Mississippi

The rise in a marijuana-using workforce seems to be nationwide. Even in Mississippi where marijuana is illegal recreationally and medically, cannabis use continues to rise.

In 2003, for example, almost 7% of Mississippi adults over age 26 said they used marijuana within the past year. In 2014, the most recent information available, that figure increased to 10.1%

According to the National Safety Institute, many employers have good drug policies that include manager and workforce training, access to substance abuse programs, clearly defined drug-use regulations, and post-accident testing,

Mississippi is grappling with how the state will use marijuana. A recent ballot initiative to start a state medical marijuana program was approved by 70% of voters. However, the state Supreme Court struck the vote down. The SC's decision may make it harder for the public to create any new ballot initiatives on any topic.

We know how to navigate the workers' compensation system

Employers owe their workers a level of on-the-job safety. If they fail to provide this and you are injured as a result, it is your legal right to file a workers' compensation claim.

At the Tabor Law Firm, P.A., our attorneys fight hard for the rights of injured workers in the Ridgeland and Jackson areas. We believe injured people shouldn't have to go through the complicated workers' compensation process alone and risk losing out on the benefits they deserve.

Claims can be rejected over a missed a deadline, a misunderstood question on an application, or submission of an incorrect document. Our law firm can handle all the details of your claim while you recover.